Just a month has passed since a blow was delivered to much of the anti-establishment voting base in the United States.

Bernie Sanders, the Bern, ‘The Taxman’ made the decision to suspend his campaign for the Presidency in 2020.

The gap between Joe Biden and him was growing, and the unfolding of this pandemic made the decision a hard one to avoid.

But could the door still be open for the US to feel the Bern?

Joe Biden has received the backing of the Democrat Party, and he looked in a good position to take on Donald Trump in November.

Considering Trump’s goal as President has revolved around undoing Obama’s legacy – having his old VP running against Trump should be interesting.

Now, loyal fans of The Bundle know that we prefer to avoid controversy and refrain from adding to fuel to the fire when it comes to sensitive situations, just ask Kim Jong-un, Donald Trump or the majority of the US population.

All we’ll say on the matter is that Biden has found himself in some trouble that will impact his campaign one way or another.

A sexual assault allegation has been pushed to the forefront of the media by a former aide to then Senator Biden, almost 30 years ago. This, combined with seven other accusations from women against Biden for making them uncomfortable, paints a negative image for a potential president.

However, you might argue that this would actually improve his popularity with fans of the Don. Especially because of Trump’s notoriously firm-handed stance on situations such as these.

Although Biden’s 8 allegations don’t match up to Trump’s 24 – so perhaps this won’t be enough to sway them.

Many Democrats – particularly the more progressive leaning – are calling for a full investigation into the allegation.

Demands are being made for Biden to step down or failing that – for Bernie to get back in the race.

Looking at the history of Bernie Sanders’s career, he has been the socialist underdog with a bite, We call him ‘The Taxman’ because of his commitment to increasing taxes for the goddamn 1% and levelling the playing field for all.

This stance has kept him from the limelight for lack of big donor contributions and for being labelled a Commie – but it never kept him down and he continued to fight the good fight.

Accustomed with the loss in 2016 against Hilary Clinton for the Democratic nomination, it is said that the Vermont senator took this year as another loss and began preparing for 2024 – 82 years old is the prime age for election, everyone knows that! 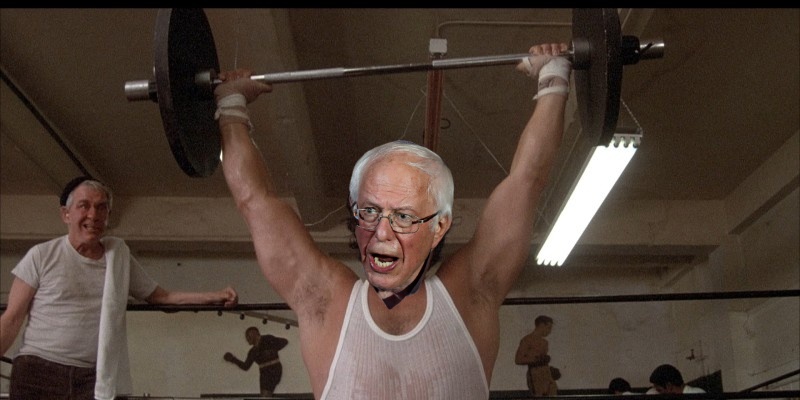 But what was originally a training for the next election, could this now be the training he needs for the 2020 race? Perhaps this will be the Hollywood style dramatic unfolding of a comeback like we’ve never seen before.

Perhaps, we will once again be able to use this meme for Bernie’s support in 2020?